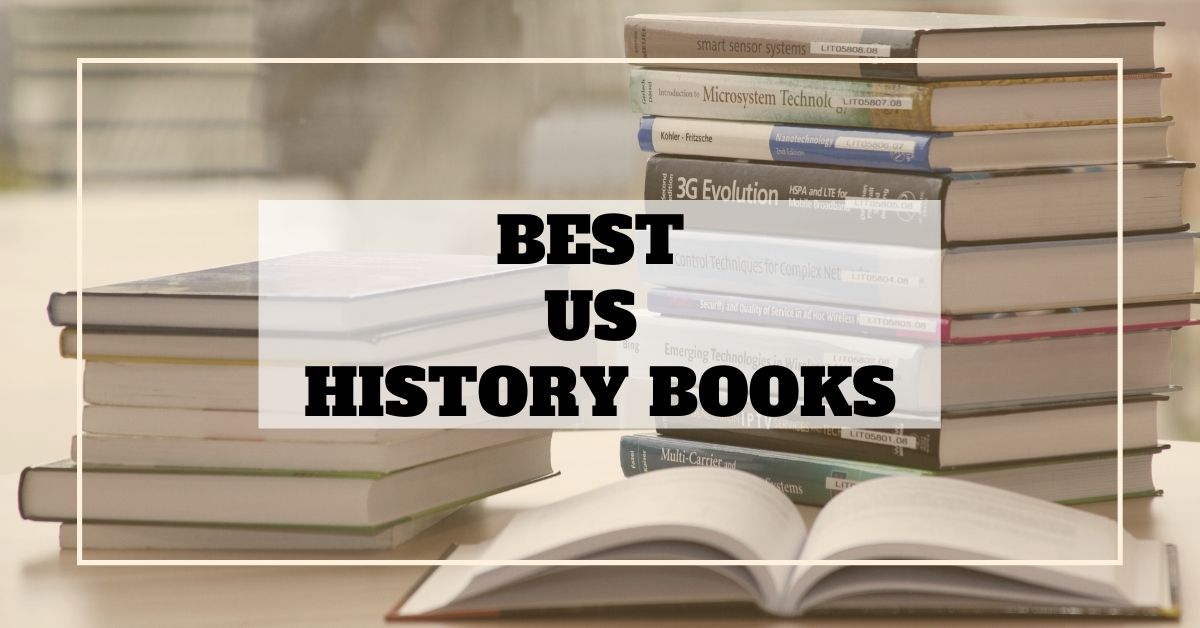 Are you struggling to find US history books that actually make history, well, interesting? We know your pain. The history of the United States is such a fascinating topic with so much to explore, but a lot of academic discussion just seems dry.

We've put together a list of our favorite US history books, along with some information about what you'll find in each.

1. Howard Zinn's People's History of the US 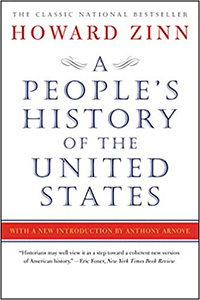 This book is one of the most fascinating US history texts on the market. It does something that no other book has ever tried to do: It tells the entire story of US history from the point of view of the average person.

The author doesn't focus on the different founding fathers or prominent political figures of each time period. Instead, he describes the struggles and triumphs of the average American. He sheds light on people who are often forgotten in discussions of American history.

In doing so, he makes a powerful statement: History is written not by the elite and the powerful, but by the common people who work together to achieve their goals.

He also highlights the tragedies of certain groups: atrocities faced by enslaved African Americans, genocide survived by Native Americans, deaths and disability caused by lack of labor regulation, and more.

Despite shedding light on some of the darkest parts of US history, the book is ultimately hopeful. It shows how we can have an impact on the future of our country by standing together as people.

The author has also gathered primary sources in the form of writings and interviews given by involved individuals. You'll read words from groups including:

You'll get a chance to think about the incredible things these people have accomplished, things that are often ignored in traditional history classrooms.

The book begins with the arrival of Columbus and continues all the way through the first term of Bill Clinton. In addition to facts and primary sources, the author provides analytical insight into how these events affect life today. 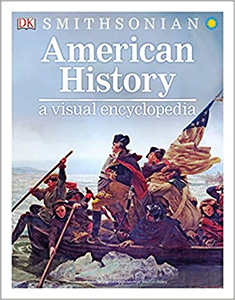 This book from DK Publishing was created with contributions from the Smithsonian Institution. It is a visual journey through the history of the United States, built for children anywhere from infancy to twelve years old.

The encyclopedia has over 750 full color paintings and photographs. It also has specific information about each state, along with maps and charts that explain different events.

The book begins by discussing the thriving Native American cultures that existed when Columbus first came to the land. It takes you through different aspects of colonialism, war, independence, slavery, emancipation, and other events all the way up to today.

The biggest selling point of the book is the images. But there is also important historical information that's laid out in an easily-digestible format.

You can read the book from beginning to end to understand how the US became the powerful country it is today. Or you can flip through to learn more about different specific events and time periods.

Teachers will appreciate that the text of the Declaration of Independence and the Constitution is included as well. It's a great book for classrooms or for casual at-home perusal. 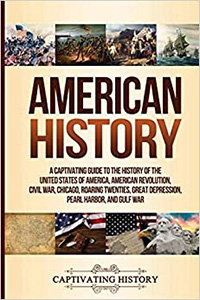 Captivating History has put together a whopping eight different manuscripts to create this comprehensive look at the history of the United States. In addition to covering events like the Revolutionary War, it also explores more recent events like the Gulf War and Pearl Harbor.

There are eight different sections of the book. Each focuses on a different time period in US history and has extremely detailed information about what happened.

Whether you're a big history buff or just getting started, this book has something for everyone. It covers more topics than most history books do, and it provides greater detail and nuance than you'd expect.

The first part covers the Native American nations that existed when Columbus arrived, the colonization of the US, the French and Indian War, and the factors leading up to the Revolution.

The second part discusses life in the colonial US, the struggle for independence, and the talking points around taxation without representation. It also explains what the Seven Years' War was and the impacts that it had.

The third part is focused on the Revolutionary War itself. The book talks about the tensions and the different battles in the war. It talks about the strategies that generals like George Washington used to turn the tide and establish the US officially.

The fifth part discusses the earlier part of the 20th century, like Prohibition and World War One. Part six focuses on the Great Depression, how it happened, and how FDR saved the nation.

The seventh part talks about how the world changed following the First World War. In the eighth part, you'll learn about the Gulf War: when it started, why it started, and what the costs were. 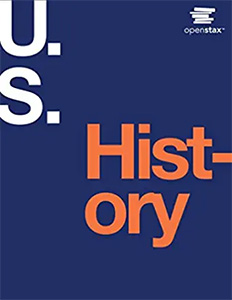 This book is perfect for those who have been seeking an academic textbook approach to US history. The goal is to cover the topics required by the majority of basic introductory curriculums.

The book offers a nuanced view of US history. It talks about the ideas and the people who have had a lasting impact on the United States. It discusses events that shaped the country's trajectory.

Some of the book focuses on big picture concepts like economics, politics, and diplomatic relations. But it also includes the experiences of real people along with eyewitness accounts. This makes it much easier to read than a dense academic text.

In addition, the book pays attention to gender, class, and race. It seeks to emphasize that the "American experience" is very different depending on your wealth, skin color, and gender. 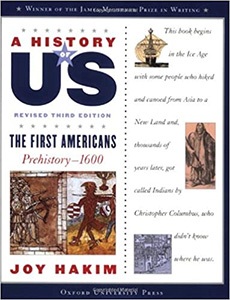 Rather than being a single tome, this is actually a set of eleven paperback books. All together, they make a stunning portrait of US history. Because it's an entire book set, the price is a little high. But it's worth it if you want a comprehensive look at the nation's past.

Each of the books focuses on a different aspect of US history. The title War, Terrible War explores the horror of the Civil War. There's also Or All the People, which is a modern book that considers how the 9/11 terror attacks have changed our world.

The series is designed for children, but many adults find themselves riveted by the writing. It's easy to read, but it doesn't gloss over the more brutal details of different historical events.

Many critics have hailed it as the best historical account written for children on the market. It's a series that turns US history into a thrilling, high-stakes narrative, one that will keep you on the edge of your seat. 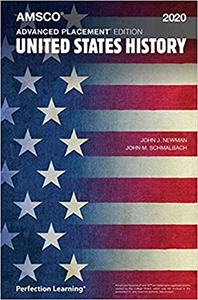 This textbook is specifically made for AP US History courses. In addition to buying the book, you can also rent a copy.

The book is excellent for AP students who want to study. It covers all of the material in an AP history course, and it also has study tools and review questions to help you retain the information.

In addition to the educational information, the book talks about how AP tests are structured, how they're graded, and what essay prompts look like. There are sample questions and essay prompts available, so you can get some much-needed practice before your exam.

7. An Indigenous Peoples' History of the United States 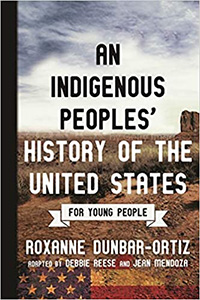 Native American voices are often missing from literature about US history. Which is absurd - Native American history goes back much farther than colonial history! This book is written for adolescents, but adults can also enjoy the experience.

The book goes back over 400 years and turns traditional US history on its head. Instead of talking about the founding fathers, the author discusses how Native Americans have suffered and triumphed and resisted under imperialism.

Author Roxanne Dunbar-Oritz is an indigenous rights activist. Her goal with this stunning book is to help open people's eyes to how genocide and settler colonialism shaped the nation.

The right US history book for you will depend on your interests, needs, and age range.

Overall, we highly recommend the People's History of the US. It's a fresh perspective that sheds important light on topics that are often overlooked. It also shows us how we can make a difference in our day-to-day lives.

For a denser read, we recommend the Captivating Guide to American History. The eight parts are each packed with detail.

What is US history?

US history refers to the history of the United States. The US became an independent country in 1776, but some people consider history before that to count as well.

European settlers had been in the country for over a hundred years. Meanwhile, Native American nations had been thriving in the land for thousands of years before the US came into existence.