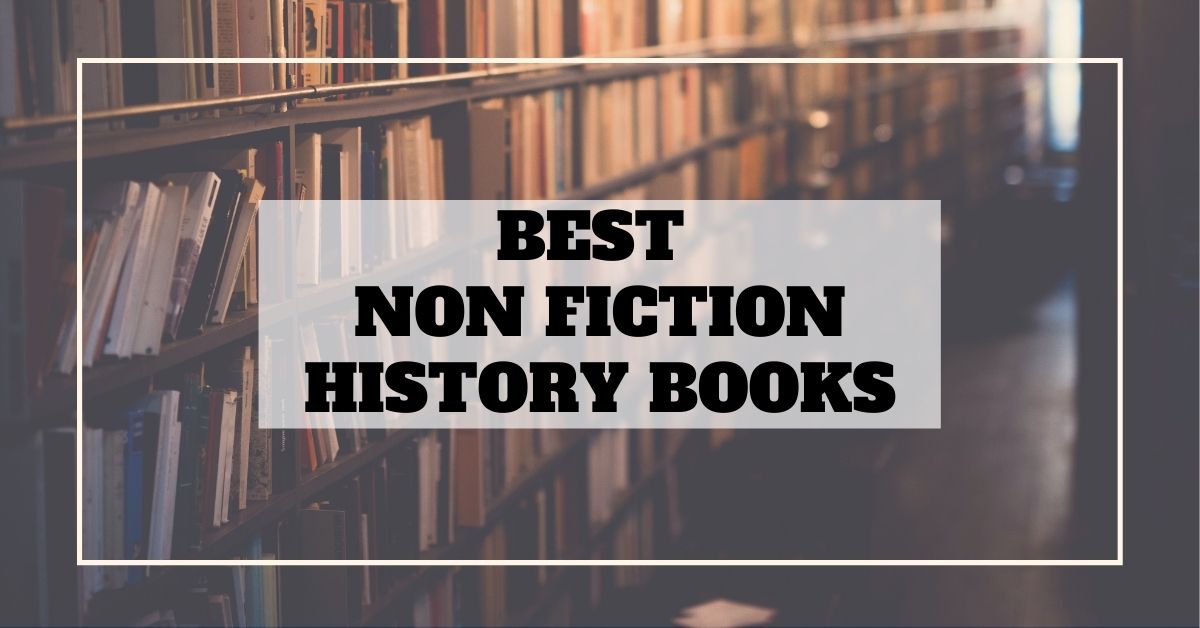 With history being so vast and full of exciting events, individuals and adventures, it's no wonder that millions love learning about it in their free time. Additionally, since history extends back millions of years, the amount of books on the subject is just as broad. While some books cover some of history's most well-known happenings, others cover the little details and lesser-known individuals who are just as important.

Studying history is imperative not only for children in school, but for adults alike. By understanding who made history and the events that occurred, individuals can comprehend how to create a future that avoids the mistakes and trials of the past. Any time period or civilization can lead to lessons for modern-day readers to take way with them.

Fortunately, though there are millions of nonfiction books on history, we've narrowed down the top ten history books for you to immerse yourself in. All of these works are available on Amazon, ready for you to indulge in and soak in the thrilling tales of history. From the very beginning of human civilization to the world wars, here are the best nonfiction history books:

Table Of Contents
Best Non Fiction History Books
1. The Storm Before the Storm: The Beginning of the End of the Roman Republic
2. History Year by Year: The History of the World, from the Stone Age to the Digital Age
3. Creators, Conquerors, and Citizens: A History of Ancient Greece
4. Founding Fathers: The Essential Guide to the Men Who Made America
5. The Middle Ages: Everyday Life in Medieval Europe
6. The Oxford Illustrated History of the Vikings
7. The World War 1 Trivia Book: Interesting Stories and Random Facts from the First World War (Trivia War Books)
8. World War II Map by Map
9. Ancient Asian History: A Captivating Guide to the Ancient Civilizations of China and Japan
10. The Rise and Fall of Ancient Egypt
Final Verdict

1. The Storm Before the Storm: The Beginning of the End of the Roman Republic 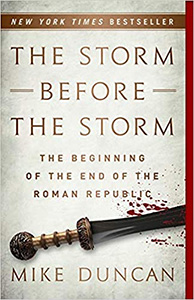 If you have always been fascinated by the Roman Republic but feel you lack comprehensive knowledge of the era, you should check out The Storm Before the Storm: The Beginning of the End of the Roman Republic. This book has garnered plenty of accolades that recognize the work's blend of intricate detail and light-hearted humor. As Dan Carlin notes, it's "massively entertaining."

The book, a number #1 seller on Amazon's nonfiction historical works, covers the period of 146-78 BC, detailing the ruthless leaders, inequality and inevitable destruction of the Republic. Readers will find some of the most thrilling events of history in the book's 350 pages. If you love the book, you can also check out the author's podcasts on the subject.

2. History Year by Year: The History of the World, from the Stone Age to the Digital Age 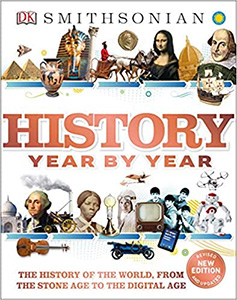 With an average 5-star rating from over 1,100 customer reviews, History Year by Year: The History of the World, from the Stone Age to the Digital Age, is a huge hit with audiences of all ages and backgrounds. Besides a rich amount of information on various periods in history, the book is also filled with beautiful imagery, maps and timelines. Even better, the book uses easy-to-understand language whether you are a beginner of studying a historical study and or if you would like a refresher on historical events.

History Year by Year covers history through eight different periods, from 6.5 million years ago to the present day. While originally marketed for children aged 9-12, adults have fallen in love with this work for its engaging content. Besides images, maps and timelines, the book also has fun blurbs, such as "children of history" that cover children who have impacted history themselves.

3. Creators, Conquerors, and Citizens: A History of Ancient Greece 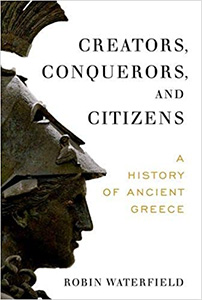 Greek history is full of captivating characters, enthralling events and an enormous influence through the rest of time. Creators, Conquerors, and Citizens: A History of Ancient Greece has over 500 pages worth of historical coverage and analysis of this highly important time period in history. IMHQ calls the work a "A distinctive and decidedly modern interpretation of Greek history."

4. Founding Fathers: The Essential Guide to the Men Who Made America 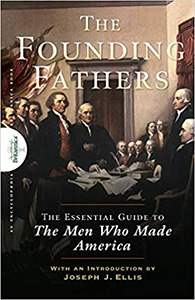 If you loved to learn about American history in school, you would fall in love with Founding Fathers: The Essential Guide to the Men Who Made America. Not only does this work cover the most prominent figures of American history, such as Benjamin Franklin and Thomas Jefferson, the book also provides insight into lesser-known figures such as Samuel Chase and Charles Pickney. In doing so, the book expands knowledge of the Founding Fathers for all kinds of audiences.

The book takes on an 'encyclopedia-approach' to the figures and events that shaped early U.S. history, with the Founding Fathers and events listed in alphabetical order for easy reference. Readers of the text appreciated this more simplistic layout and agree that the book is well-researched without coming off as tedious. If you are looking for a quicker and easier way to learn history, this is the book for you. 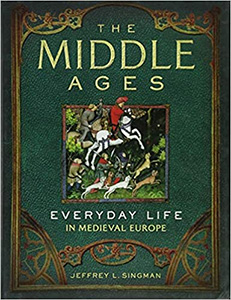 If you don't just want to learn about history but want to feel truly immersed in a historical time period, you should add The Middle Ages: Everyday Life in Medieval Europe to your list. What makes this work stand out is the details the author includes about life in the Middle Ages, including how people bathed, what they cooked, and even made their beds in the morning! Soon, you will be able to fully understand life in a different age.

Customers loved the mix of lengthy passages on history with the colored and black-and-white images of the period. They stated that they felt truly thrown back into the time period and came away with a plethora of new knowledge that they could show off at parties or trivia nights. At the same time, they were able to gain an in-depth insight into the time period.

6. The Oxford Illustrated History of the Vikings 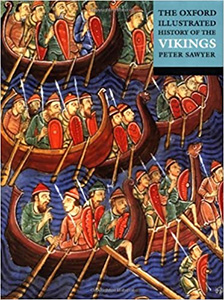 What makes the Vikings so alluring for many around the globe is how mysterious this group of individuals was. The Oxford Illustrated History of the Vikings is a collaborative effort by twelve scholars and their understanding of just who the Vikings were and what made them so feared during their time. While much information on the Vikings is unknown, these authors provide all the information available.

The work traces the Vikings history and its many memorable characters while sharing images of the time period. The scholars who wrote the work share their insights on the era in an encyclopedic manner, making this a great pick if you are a student of the era or are just very interested in the Vikings. The photos in the book also bring the stories and characters of the Vikings to life. 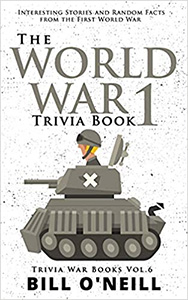 If you're not looking for a droning work full of forgettable names and dates, The World War 1 Trivia Book: Interesting Stories and Random Facts from the First World War will spark your interest. This easy read covers little-known-facts about World War I along with stories of the time period that you definitely didn't learn in your high school history class. Readers will become inspired by this work and find themselves looking up even more trivia about the time period!

Some of the book customers were history teachers and scholars who wrote that they learned plenty of new information themselves from this handy book. Students and newcomers to this historical event were also drawn to the book's easy format and found themselves speeding through the work. They also appreciated that the work didn't just go over the typical stories known from the war. 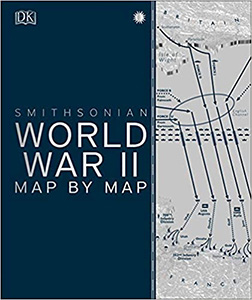 Geography fans will go nuts for this work: World War II Map by Map. This extensive book is compiled of maps that trace the events that led to and made up World War II. In addition to the detailed maps, there are also plenty of blurbs that explain just what occurred throughout the era.

Besides listing off the events and figures that influence the war, the book also gives background into the social, economic, cultural and political reasons for the war and why it happened. You will be able to put yourself in the mindset of those who lived during the war and better understand this brutal time's thinking and emotions. This will help you to understand present-day events within the same context.

9. Ancient Asian History: A Captivating Guide to the Ancient Civilizations of China and Japan 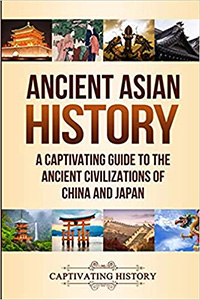 Asian history is extensive, going back thousands of years as portrayed in Ancient Asian History: A Captivating Guide to the Ancient Civilizations of China and Japan. If you're intrigued by present-day China and Japan, you will enjoy this look into the countries' extraordinary pasts. The combination of both China and Japan's coverage will save readers from having to buy two whole works as well!

The first part of the book details China from its birth to inventions that the Ancient Chinese people introduced to the world. The second part of the book discusses the origins of Imperial Japan to an overview of Japan's traditional culture. Even better, the book features information on much-loved aspects of Chinese and Japanese culture, such as information on swords, samurais, martial arts and much, much more!

10. The Rise and Fall of Ancient Egypt

As written by an expect on the subject, Egypt is found to be a fantastic read, as is proven by The Rise and Fall of Ancient Egypt. This work covers ancient Egypt from its origins to its eventual takeover by the Romans. The amount of detail included in this work continues to astound and compel readers.

If you want to learn more about Egypt besides the usual pyramids and hieroglyphics as covered in school, you can't miss this work. Readers praised its engrossing material and ability to draw in even the most skeptical reader. Your knowledge of Egypt will extend far beyond the usual scope understood by many of this intriguing region that continues to dazzle to this day.

The above books remain some of the most-purchased and well-loved on Amazon. While the books vary in format, layout and kinds of details shared, there is bound to be a perfect fit for every type of reader, including yourself. Whether you want to go all the way back in time or learn about wars of the last century, there is a book here for you.

Learning about history isn't only fun; it's important to understand how people built the world and why it works the way it does. From children to adults alike, everyone will benefit from examining the figures, events, and decisions that shaped the world and will continue to shape the world for the future by learning more about the past.

Lastly, there are plenty of works on history, and it can be confusing to pick which one is best for you as a reader. What's most important is to pick a book that not you can not only learn from, but also become inspired by. Whether it's a 600 page intensive look at one civilization or a work that is filled with pictures and maps, you should always feel that you are having a great time learning about history!